Hometown Hero Receives the Gift of Sight Through LASIK

Pine Bluff firefighter Sven Hipp won free LASIK through one of our Hero giveaway contests. We recently listened to Sven talk about how LASIK impacted his entire life. It was such a wonderful story, we wanted to share it with all of you.

“There is absolutely no reason why you should be hesitant to do it [LASIK]. I have no after effects, no halos at night, no pain, no blurriness. The whole process is over in minutes and it changes the rest of your life.”

LASIK changed Sven’s life for the better. From a young age, Sven always had trouble with his vision. As he grew older, it continued to decline. Without contacts, Sven couldn’t see his hand in front of his face. He continued to battle with poor vision, trying to make it by using glasses and contacts. He eventually chose a career as a Pine Bluff firefighter. Being a firefighter means being ready to rescue, defend and protect at all hours. As you can imagine, waking up in the middle of the night to fight a fire was not a good time to be dealing with dry eyes and contacts. Glasses were out of the question because he couldn’t get a seal on his SCBA mask while wearing them. At this point, Sven’s poor vision was becoming not just an annoyance, but a serious handicap.

Every time there is an emergency, Sven only has two minutes or less to be on the truck. When the alarm sounds, there is no time to search for contacts or eye drops. Being able to see clearly was vital for him because he is a driver. He would hope and pray he wouldn’t blink out his contacts because his eyes were so dry. He recalled that sometimes he’d be driving to the fire with one eye closed and one eye open. His fellow firefighters would take one look at him and say, “Oh man, I hope we make it.” Often, when they would reach the fire, Sven would get water in his face and sweat in his eyes which worsened his vision even while wearing his contacts. The contacts and glasses were becoming more of a hassle than a help to Sven.

Finally, Sven hit his breaking point. He had considered getting LASIK several times but couldn’t afford it. As fate would have it, we were running our first ever LASIK Hero contest for free LASIK Surgery at that very time. Sven immediately entered the Facebook Hero contest and got to work. The contest winner was chosen by the most number of likes given to an entry. Sven called, texted, tagged and shared the contest with everyone he knew to try to get likes on his entry. The day the contest ended, it all proved to be worth it. Sven had won.

Since the third grade, poor vision and wearing glasses or contacts was his way of life. But now the burden of all this has been lifted. Now he no longer worries about purchasing new frames, his lenses getting scratches, water or mist making it difficult to see, cleaning his lenses and going in and out from hot to cold and his lenses fogging over. He no longer has the hassle or distraction of contacts and dry eye. He didn’t realize how much of an inconvenience those things were, but now that he has had LASIK he realizes how much easier life is. Just the other day he was cleaning out his truck and found spares of solution and contact cases that he kept on hand and was happy to be reminded he doesn’t need them anymore. For Sven, it’s a major difference. It’s hard for him to even explain it. Like he said, “glasses are a way of life. You only get one pair of eyes but with the LASIK procedure, you get a chance to start over.”

Dr. Newbolt performed his LASIK surgery shortly after the contest. Sven’s experience was quick and painless and he says not nearly as stressful as competing for the giveaway! Getting LASIK has been a drastic change and he wishes everyone who struggles with glasses or contacts could do it.

If you are on the fence, Sven would tell you, “Just do it. If you can afford to do it, there is absolutely no reason why you should be hesitant to do it. I have no after effects, no halos at night, no pain, no blurriness. The whole process is over in minutes and it changes the rest of your life. I am forever indebted to McFarlands. I’ll keep spreading the word and being their walking billboard because of what they’ve done for me.”

This is why we do what we do here at McFarlands. We are so blessed to be a part of Sven’s story and love hearing and sharing how much this has changed his life and his job. If you would like more information about our LASIK or our Hero Program, contact us today. We’ll be in touch soon! 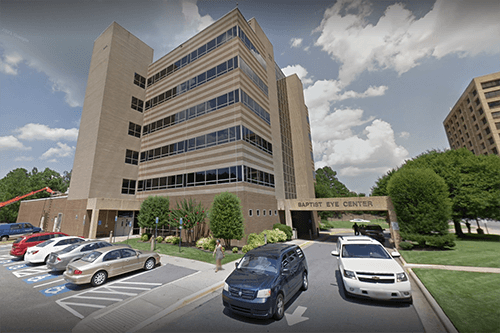 Additional Rodney Parham Information
WARNING: Internet Explorer does not support modern web standards. This site may not function correctly on this browser and is best viewed on Chrome, Firefox or Edge browsers. Learn More.